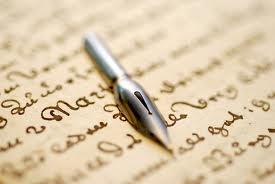 Firstly, thank you, my dear biology-major-roomie (Victoria) and my neighbor living in room 214 (Erica) for their patience to read and correct silly mistakes of every weekly business assgnment of mine.

Every Wednesday I receive my assignment and every Friday I submit my assignment at a super close timely manner via email to my dear professor at : 11.59pm =]]

A: And I’m sure that you’re playing with your evil scary business world, right?

Z: Come on, whoever you’re, you’re already in that “scary” world, Missy Artist.

A: So If I’m already in it, how can I survive, Missy Business?

Z: Learn to understand the world of business, dear. What is the first thought come to you when you think of money?

A: I want to have a lot of money and I wonder why people don’t print more money so that we all can afford what we want?

Z: Oh my god, why don’t you think of increasing worker productivity to create more products to create more money?! That’d be a disaster for both you and me, dear.

Z: It’s simple. If you print more money, more people will want to have it. Right?

Z:  In business saying, that’s mean the supply for money increases and so does the demand for it. As a

consequence, the two curves shift out on the graph and increase the price as well. That’s called inflation and I believe you definitely hate it

A: Oh…, that’s so sad. And we’re now in an economic crisis, right? Prices are pretty high and many people lose their jobs

Z: How could an artist who hates business suddenly became so smart?

A: I love art and it doesn’t mean I don’t care about business. Stop speaking sacarsism!

Z: Alright. So you know that we’re in a recession for unemployment increases and GDP drop offs. What else do

A: So when will a recession become a depression?

Z: Oh, you’re now not only an artist then. Perfectly wonderful question.

Z: For no one has an exact answer for it, yet. “Believe it or not, there’s even an economists’ joke that describes

Z: You’re a genius. And even the government suffers also. They also have to borrow money from the banks to spend on his expense, especially in the capitalist system in which the government has less control over its free economy. As a result, spending exceeds income (for people can’t afford tax and lose their jobs) and there happens budget deficit.

A: That’s so awful. So we can never get out this!

A: Is that the same as trade deficit?

Z: Thanks. Now you’re not a genius.

A: I’m not a business major!

Z: Sorry. I was just kidding. Trade deficit is a total different thing. When a country’s imports exceed its exports,

it has a trade deficit.

“A trade deficit represents an outflow of domestic currency to foreign markets. Economic theory dictates that a trade deficit is not necessarily a bad situation because it often corrects itself over time.

However, a deficit has been reported and growing in the United States for the past few decades, which has some economists worried. This means that large amounts of the U.S. dollar are being held by foreign nations, which may decide to sell at any time. A large increase in dollar sales can drive the value of the currency down, making it more costly to purchase imports.” (Investopedia)

A: So the whole picture is now so doom, right?

Z: And the solution is horrible.

A: You know the solution already? What is it?

Z: There would be more jobs, higher salary for people when we destroy something and have the reason to rebuild them, again.

Z: You can go back to your beautiful world of art now. Art helps you survive as well, I believe.

A: You know, I don’t remember you told me this but “When you’re in Hell, only the Evil could help you out”.

That’s the world we live in and hope business helps you survive as well.

Z: Thank you, for being a part of myself

Wish you a nice weekend, everyone!